Chronic Fatigue Syndrome: Discover What It Is and How to Cope

Chronic Fatigue Syndrome: Discover What It Is and How to Cope 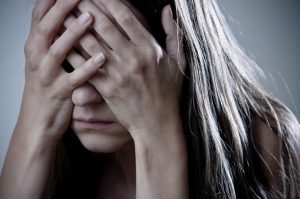 Chronic fatigue syndrome (CFS) has no known cause, although it is theorized it may be linked to a previous infection. It is a state of constant exhaustion that has persisted for at least 6 or more months and is accompanied by at least 4 of the following:

CFS affects tens of thousands of people and occurs more often in women than in men, usually affecting young to middle-aged adults. Many are unable to hold down a job or even care for their duties at home due to their fatigue and short-term memory issues. This may cause depression even though this is not a specific symptom brought about by chronic fatigue.

Why Does Chronic Fatigue Syndrome Happen?

The exact cause of chronic fatigue syndrome remains a mystery to those that have researched it. Some think it may be due to an infection and how the immune system was impacted. A number of different viruses have been studied as possible causes, but no relationship has been found among one particular virus. There is some evidence indicating the bacterium Chlamydia pneumonia may cause CFS. If this is the case, the person can sometimes be treated with an antibiotic to fight this bacterium and afterward may see their chronic fatigue improve. This, however, is still under debate. It seems as if any number of unrelated infections can eventually lead to chronic fatigue in some people. Some of these include:

Interestingly, yeast infections (candida) do not cause chronic fatigue syndrome. Before diagnosing one with CFS, other conditions that cause similar symptoms must be ruled out. These include:

It is suspected that chronic fatigue has additional triggers such as:

When you have CFS, you have a general feeling of illness. You may have:

Because the exact cause of chronic fatigue is not known, it makes it difficult to find a way to care for it. Therefore, the focus becomes alleviating individual symptoms in the hopes of helping patients regain some control and function of their lives. Sometimes this does not happen quickly and ends up with patients becoming frustrated because their hard work only seems to end in more fatigue and no positive results, so they give up quickly.

Successful management of CFS requires cooperation and teamwork between the patient, his or her family physician, rehabilitation specialists, physical or exercise therapists, and mental health professionals. Another person you may want to include in this list is the help of an upper cervical chiropractor. We will take a look at why that is important later on.

Some self-care tips to remember have to do with setting a comfortable routine for yourself and striving to maintain good health. Exercise can be a big help with chronic fatigue, but you have to know how to pace yourself so as not to bring about increased fatigue. Physical and emotional stress should also be avoided if at all possible. Keeping a daily, regular, manageable schedule is vital to keep from having a relapse or making your symptoms worse. Your exercise should be supervised by a professional with knowledge of how to handle CFS. It is a good idea to reduce alcohol consumption and avoid caffeine at night. Do all you can to reduce social isolation. Support groups are a great idea.

A study observing 19 patients diagnosed with chronic fatigue proves upper cervical chiropractic care can indeed help this condition. The patients met the criteria of being fatigued for six or more months and met four of the diagnostic criteria. They were all given an adjustment to their atlas – the top bone of the spine. They were monitored for 6 months to make sure the realignment stayed in place, and they were then retested. It was noted that all of them reported an increased quality of life. Their General Health component went from a 30.3 to a 55.6 and their mental health went from 46.4 to 68.6. Why did this help them?

A misaligned atlas bone can put stress or pressure on the brainstem and cause it to send improper signals to the brain about what is going on in the body. If the brain is being told the body is tired, when it is not, chronic fatigue can be the end result.

When you come in for an adjustment, we use the gentle Altas Orthogonal correction method to allow the bones of the neck to move back into their original position. This technique does not involve popping or cracking of the neck or spine. The bones are encouraged to realign naturally. This often leads to better communication in the body and an improvement in the symptoms of chronic fatigue.